May 28, 2011, "Pinot" Grd Ch.  Grousemoor Pinot Noir JH RN  owned by Gen Dever finished his JH today.   He did a great job.  Congrats to Gen and to Pinot and to Mitch White who put the finishing touches on Pinot's education.    Zin and Pinot are litterbrothers and we are very proud of both of them
May 27, 2011.  "Ty" Ch. Grousemoor Timeless UD SH WCX earned her first UDX leg and 2 OTCH points by placeing 3rd In Utility during the Kalamazoo trials. 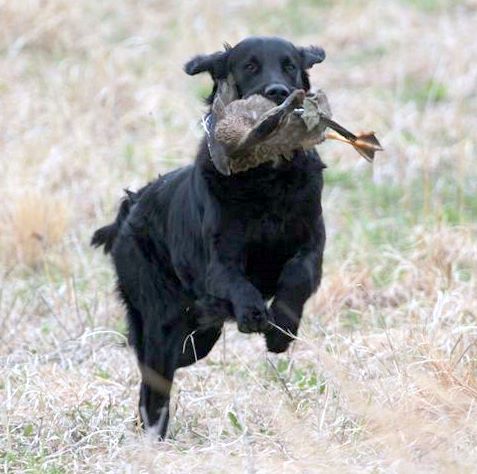 "Zin"  retrieving a Duck....during one of his JH passes.  Good boy Zin.

Apri 23, 2011  Pam Green and her puppy "Rook" Grousemoor on Silent Wings passed a JH test today.  It was Pam's second ever JH test (almost passed the first too) Pam has had a lot of experience in Obedience and Search and Rescue but this is a new thing for her.  Rook loves it, I think Pam's having a good time too. 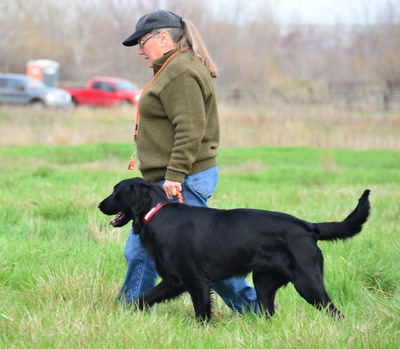 March 19, 2011    Today "Demi" Completed her Dutch Championship.  She is now Ned. Ch. Grousemoor Green Day.  Demi was awarded the Bitch CC and Best of Opposite Sex at the International Dog Show in Leiden for the last necessary point.
Demi belongs to Sijkje Winter 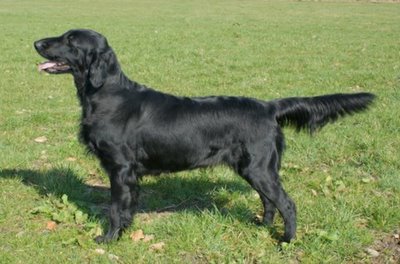 Also today two special dogs finished their UD titles.  For those not into Obedience.  UD stands for Utility Dog and it is the most difficult of the three obedience titles. Further titles in Obedience such as the UDX and OTCH all require that a dog first complete the CDX and then the UD.
Ch. Grousemoor Timeless UD SH WCX completed her Utility title today as did
Can Ch. Grousemoor Blue Icewine UD...."Vegas"   Here is a photo of their very successful day.   Ty is owned and trained by Adele Yunck.  She has earned the 4th Utility title that Adele has put on a Grousemoor Flat-coat.   Vegas is trained by Barb Farrah and is owned by Barb and Tom. 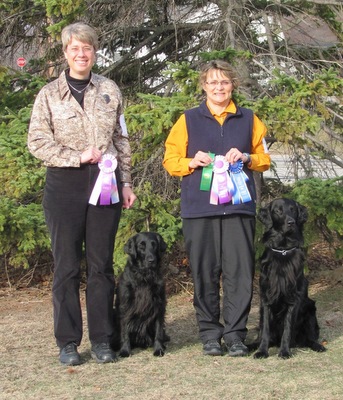 Joe and Stevie both finished their Championships in October 2011, at the Fort Wayne Shows.  Stevie was awarded Best of Breed from the Bred By class over several specials  Stevie is Ch. Grousemoor Fleetwood Mac,   Joe is Ravenswood Broadway Joe.

Images & Text in this site are Copyright - DO NOT COPY!